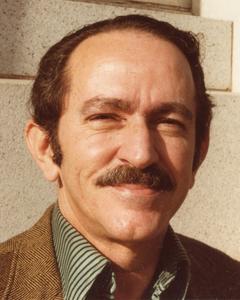 Manfredo Perdigão do Carmo (15 August 1928 – 30 April 2018) was a Brazilian mathematician, doyen of Brazilian differential geometry, and former president of the Brazilian Mathematical Society. He was at the time of his death an emeritus researcher at the IMPA. He is known for his research on Riemannian manifolds, topology of manifolds, rigidity and convexity of isometric immersions, minimal surfaces, stability of hypersurfaces, isoperimetric problems, minimal submanifolds of a sphere, and manifolds of constant mean curvature and vanishing scalar curvature.He earned his Ph.D. from the University of California, Berkeley in 1963 under the supervision of Shiing-Shen Chern. He was a Guggenheim Fellow in 1965 and 1968. He was a member of the Brazilian Academy of Sciences and The World Academy of Sciences (TWAS). He received the Brazilian National Prize for Science and Technology of the National Council for Scientific and Technological Development (CNPq), the National Order of Scientific Merit (1995), an honorary doctorate from the University of Alagoas (1991) and the TWAS Prize (1992). He was a Fellow of the American Mathematical Society.In 1978 he was an invited speaker at the International Congress of Mathematicians held in Helsinki (the theme was "Minimal Surfaces: Stability and Finiteness").Do Carmo is also known for his textbooks. They were translated into many languages and used in courses from universities such as Harvard and Columbia.His students included Celso Costa, Marcos Dajczer and Keti Tenenblat.Do Carmo died on 30 April 2018 at the age of 89.
Read more or edit on Wikipedia

book by Manfredo do Carmo 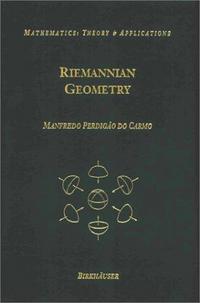