Juliet Clutton-Brock, FSA, FZS (6 September 1933 – 21 September 2015) was an English zooarchaeologist and curator, specialising in domesticated mammals. From 1969 to 1993, she worked at the Natural History Museum. Between 1999 and 2006, she was the managing editor of the Journal of Zoology.
Read more or edit on Wikipedia 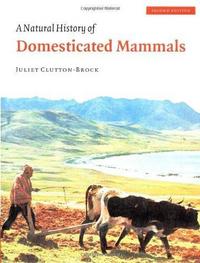 A Natural History of Domesticated Mammals

The naming of wild animal species and their domestic derivatives ( 2004 )

The Taming of the cat. Genetic and archaeological findings hint that wildcats became housecats earlier--and in a different place--than previously thought. ( 2009 )

A review of the family Canidae, with a classification by numerical methods ( 1976 )