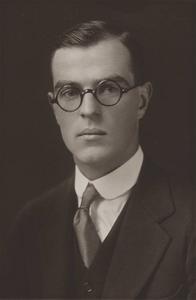 Thornton Niven Wilder (April 17, 1897 – December 7, 1975) was an American playwright and novelist. He won three Pulitzer Prizes — for the novel The Bridge of San Luis Rey and for the plays Our Town and The Skin of Our Teeth — and a U.S. National Book Award for the novel The Eighth Day.
Read more or edit on Wikipedia