Jacquetta Hawkes (5 August 1910 – 18 March 1996) was an English archaeologist and writer. Born Jessie Jacquetta Hopkins, she is perhaps best known for her book A Land (1951). She was a prolific writer of works about subjects that were quite removed from her principal field. She was above all interested in discovering the lives of the peoples that were revealed by scientific excavations. With Christopher Hawkes, she co-authored Prehistoric Britain (1943) and with J. B. Priestley she wrote Dragon's Mouth (1952) and Journey Down a Rainbow (1955). Her other works include The World of the Past (1963), Prehistory (History of Mankind: Cultural and Scientific Development, Volume 1 Part 1) (1963) prepared under the auspices of UNESCO, The Atlas of Early Man (1976) and The Shell Guide to British Archaeology (1986).
Read more or edit on Wikipedia

The Archaeology of the Channel Islands: II. The Bailiwick of Jersey 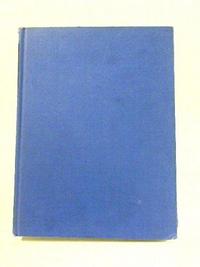 Dawn of the gods

The Significance of Channelled Ware in Neolithic Western Europe ( 1938 )

Aspects of the Neolithic and Chalcolithic Periods in Western Europe ( 1934 )