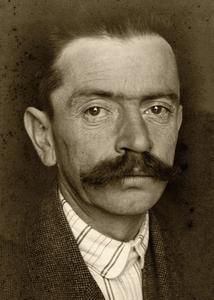 Ivan Cankar (pronounced [ˈtsaːŋkaɾ], pronunciation ) (10 May 1876 – 11 December 1918) was a Slovene writer, playwright, essayist, poet, and political activist. Together with Oton Župančič, Dragotin Kette, and Josip Murn, he is considered as the beginner of modernism in Slovene literature. He is regarded as the greatest writer in Slovene, and has sometimes been compared to Franz Kafka and James Joyce.
Read more or edit on Wikipedia