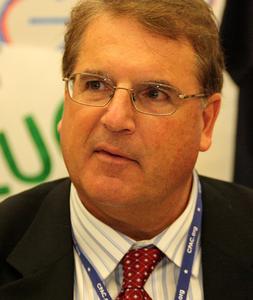 Thomas James DiLorenzo (; born August 8, 1954) is an American economics professor at Loyola University Maryland Sellinger School of Business. He identifies as an adherent of the Austrian School of economics. He is a research fellow at The Independent Institute, a senior fellow of the Ludwig von Mises Institute, Board of Advisors member at CFACT, and an associate of the Abbeville Institute. He holds a Ph.D. in Economics from Virginia Tech.
Read more or edit on Wikipedia