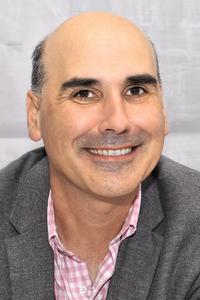 Christopher Kelly is an American writer, who won the Lambda Literary Award for Gay Debut Fiction at the 20th Lambda Literary Awards in 2008 for his debut novel A Push and a Shove.His second novel, The Pink Bus, was published by Lethe Press in 2016. He is also a journalist and film and theatre critic, whose work has appeared in the Fort Worth Star-Telegram, Texas Monthly, The New York Times, the Newark Star-Ledger, Slate, Salon and The Boston Globe. A graduate of Dartmouth College, he lives in the New York metropolitan area with his husband.
Read more or edit on Wikipedia

A Push and a Shove