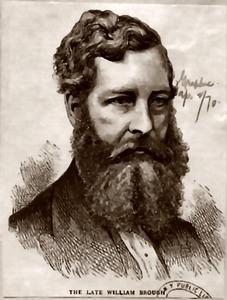 William Brough (28 April 1826 – 13 March 1870) was an English writer. As a dramatist, he wrote some of the earliest German Reed Entertainments, as well as Victorian burlesques, farces and other pieces.
Read more or edit on Wikipedia