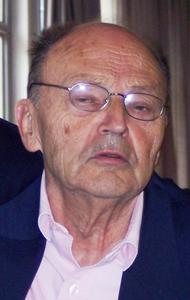 Michel Tournier (French: [tuʁnje]; 19 December 1924 − 18 January 2016) was a French writer. He won awards such as the Grand Prix du roman de l'Académie française in 1967 for Friday, or, The Other Island and the Prix Goncourt for The Erl-King in 1970. His inspirations included traditional German culture, Catholicism and the philosophies of Gaston Bachelard. He resided in Choisel and was a member of the Académie Goncourt. His autobiography has been translated and published as The Wind Spirit (Beacon Press, 1988). He was on occasion in contention for the Nobel Prize in Literature.
Read more or edit on Wikipedia