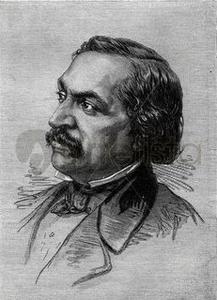 Juan Victor Séjour Marcou et Ferrand (June 2, 1817 – September 20, 1874) was an American Creole of color and expatriate writer. Born in New Orleans, he spent most of his career in Paris. His fiction and plays were written and published in French. Although mostly unknown to later American writers of the nineteenth century, his short story "Le Mulâtre" ("The Mulatto") is the earliest known work of fiction by a Creole author. In France, however, he was known chiefly for his plays.
Read more or edit on Wikipedia