For the tennis player, also b. 1959, see Andy Andrews (tennis).Andy Andrews (born May 22, 1959) is an American author whose work has appeared on The New York Times bestseller lists in the categories of Hardcover Fiction, Hardcover Nonfiction, Business, and Advice, How-To & Miscellaneous. Dave Ramsey called him “our generation’s Mark Twain” and he is best known for the international bestselling book The Traveler's Gift.[1] ABC’s Good Morning America named it "one of the five books you should read in your lifetime.” He has written over 26 books and sold more than 20 million copies around the world. His books have been translated into over 40 languages. Andrews regularly speaks for corporations, organizations, athletic teams, and the U.S. military. He also creates affordable, exclusive content for clients from his Wisdom Harbour Studios in his home town of Orange Beach, AL. Andrews releases a weekly podcast, “The Professional Noticer” that has subscribers from more than 100 countries. He is the creator of WisdomHarbour.com and produces a LIVE streaming program—The Blue Plate Special—on Tuesday and Thursday every week. The broadcast begins promptly at 12:15pm CST Andrews has appeared on The Fox News Channel, Good Morning America, MSNBC, TBN, GBTV and CNBC. Books by Andy Andrews are available from all booksellers including his personal website AndyAndrews.com
Read more or edit on Wikipedia 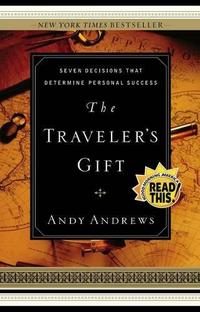