Lucien van der Walt (born 8 September 1972) is a South African writer, professor of Sociology and labour educator. His research engages the anarchist/syndicalist tradition of Mikhail Bakunin and Peter Kropotkin; trade unionism and working class history, particularly in southern Africa; and neo-liberal state restructuring. He currently teaches and researches at Rhodes University in the Eastern Cape, South Africa, and previously worked at the University of the Witwatersrand. His 2007 PhD on anarchism and syndicalism in South Africa in the early 1900s won both the international prize for the best PhD dissertation from the Labor History journal, and the Council for the Development of Social Science Research in Africa prize for best African PhD thesis.Van der Walt is also involved in union and workers' education, including for the DITSELA workers education institute, and a coordinating and teaching role in the Global Labour University, the former National Union of Metalworkers of South Africa 'Social Theory' course at the University of the Witwatersrand, the former Workers Library and Museum, the political schools of the South African Unemployed Peoples' Movement and the current Eastern Cape short course program for metal workers' unions at Rhodes University. He is the 'former head' of media for the Anti-Privatisation Forum (APF), a coalition of social movements, which was established in Johannesburg in July 2000 by activists and organisations involved in two key anti-privatisation struggles: the struggle against iGoli 2002, and the struggle against Wits 2001 at Wits University.
Read more or edit on Wikipedia 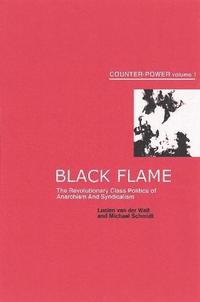