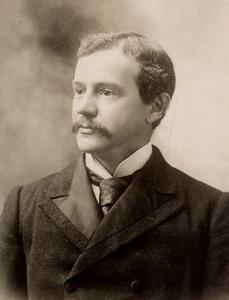 Howard Atwood Kelly (February 20, 1858 – January 12, 1943), M.D., was an American gynecologist. He obtained his B.A. degree and M.D. degree from the University of Pennsylvania. He, William Osler, William Halsted, and William Welch together are known as the "Big Four", the founding professors at the Johns Hopkins Hospital in Baltimore, Maryland. He is credited with establishing gynecology as a specialty by developing new surgical approaches to gynecological diseases and pathological research. He also developed several medical innovations, including the improved cystoscope, Kelly's clamp, Kelly's speculum, and Kelly's forceps. Because Kelly was a famous prohibitionist and Fundamentalist Christian, many of his contemporaries expressed skepticism towards his medical professionalism.
Read more or edit on Wikipedia