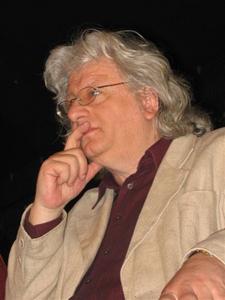 Péter Esterházy (14 April 1950 – 14 July 2016) was a Hungarian writer. He was one of the best known Hungarian and Central European writers of his era. He has been called a "leading figure of 20th century Hungarian literature", his books being considered to be significant contributions to postwar literature.
Read more or edit on Wikipedia