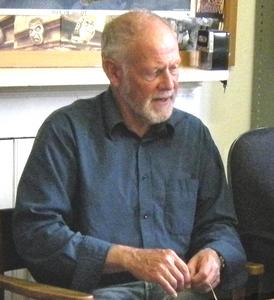 Sir Barrington Windsor Cunliffe, (born 10 December 1939), known as Barry Cunliffe, is a British archaeologist and academic. He was Professor of European Archaeology at the University of Oxford from 1972 to 2007. Since 2007, he has been an Emeritus Professor.
Read more or edit on Wikipedia