Clifford Warren Ashley (December 18, 1881 – September 18, 1947) was an American artist, author, sailor, and knot expert. He was born in New Bedford, Massachusetts, son of Abiel Davis Ashley and Caroline Morse. Ashley married Sarah Scudder Clark in 1932, with whom he had two daughters, one of whom is practicing painter Jane Ashley. He also adopted his wife's daughter from a previous marriage. He died in Westport Point, Massachusetts.
Read more or edit on Wikipedia

The Ashley Book of Knots 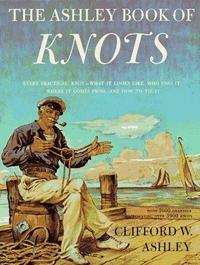