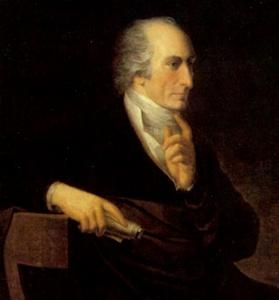 Friedrich Heinrich Jacobi (German: [jaˈkoːbi]; 25 January 1743 – 10 March 1819) was an influential German philosopher, literary figure, and socialite. He is notable for popularizing nihilism, a term coined by Obereit in 1787, and promoting it as the prime fault of Enlightenment thought particularly in the philosophical systems of Baruch Spinoza, Immanuel Kant, Johann Fichte and Friedrich Schelling.Jacobi advocated Glaube (variously translated as faith or "belief") and revelation instead of speculative reason. In this sense, Jacobi can be seen to have anticipated present-day writers who criticize secular philosophy as relativistic and dangerous for religious faith. In his time, he was also well known among literary circles for his critique of the Sturm and Drang movement, and implicitly close associate and intimate partner of Johann Wolfgang von Goethe, and his visions of atomized individualism. His literary projects were devoted to the reconciliation of Enlightenment individualism with social obligation. He was the younger brother of poet Johann Georg Jacobi and the father of the great psychiatrist Maximilian Jacobi.
Read more or edit on Wikipedia 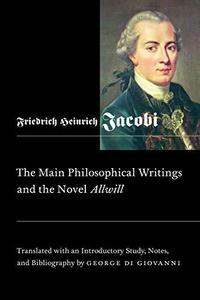 The main philosophical writings and the novel Allwill