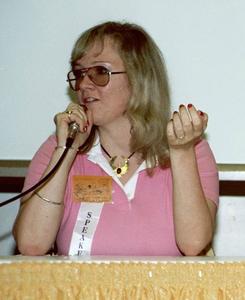 Mary Jo Duffy (born February 9, 1954) is an American comic book editor and writer, known for her work for Marvel Comics in the 1980s and DC Comics and Image Comics in the 1990s.
Read more or edit on Wikipedia