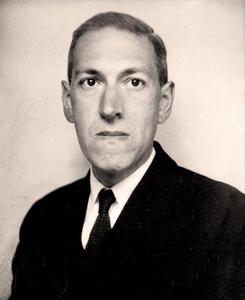 Howard Phillips Lovecraft (US: ; August 20, 1890 – March 15, 1937) was an American writer of weird, science, fantasy, and horror fiction. Lovecraft is best known for his creation of the Cthulhu Mythos.Born in Providence, Rhode Island, Lovecraft spent most of his life in New England. After his father's institutionalization in 1893, he lived affluently until his family's wealth dissipated after the death of his grandfather. Lovecraft then lived with his mother, in reduced financial security, until her institutionalization in 1919. He began to write essays for the United Amateur Press Association and, in 1913, Lovecraft wrote a critical letter to a pulp magazine that ultimately led to his involvement in pulp fiction. He became active in the speculative fiction community and was published in several pulp magazines. Lovecraft moved to New York, marrying Sonia Greene in 1924, and later became the center of a wider group of authors known as the "Lovecraft Circle". They introduced him to Weird Tales, which would become his most prominent publisher. Lovecraft's time in New York took a toll on his mental state and financial conditions. He returned to Providence in 1926 and produced some of his most popular works, including "The Call of Cthulhu", At the Mountains of Madness, The Shadow over Innsmouth, and The Shadow Out of Time. He would remain active as a writer until his death from intestinal cancer at the age of 46. Lovecraft's literary corpus is based around the idea of Cosmicism, which was simultaneously his personal philosophy and the main theme of his fiction. Cosmicism posits that humanity is an insignificant part of the cosmos, and could be swept away at any moment. He incorporated fantastic and science fiction elements into his stories, representing the perceived fragility of anthropocentrism. His works were largely set in a fictionalized version of New England. Civilizational decline also plays a major role in his works, as he believed that the West was in decline during his lifetime. Lovecraft's early political opinions were conservative and traditionalist; additionally, he held a number of racist views for much of his adult life. Following the Great Depression, Lovecraft became a democratic socialist, no longer believing a just aristocracy would make the world more fair. Throughout his adult life, Lovecraft was never able to support himself from earnings as an author and editor. He was virtually unknown during his lifetime and was almost exclusively published in pulp magazines before his death. A scholarly revival of Lovecraft's work began in the 1970s, and he is now regarded as one of the most significant 20th-century authors of supernatural horror fiction. Many direct adaptations and spiritual successors followed. Works inspired by Lovecraft, adaptations or original works, began to form the basis of the Cthulhu Mythos, which utilizes Lovecraft's characters, setting, and themes.
Read more or edit on Wikipedia