Kenneth Milton Grimwood (February 27, 1944 – June 6, 2003) was an American author, who also published work under the name of Alan Cochran. In his fantasy fiction, Grimwood combined themes of life-affirmation and hope with metaphysical concepts, themes found in his best-known novel, Replay (1986). It won the 1988 World Fantasy Award for Best Novel.
Read more or edit on Wikipedia 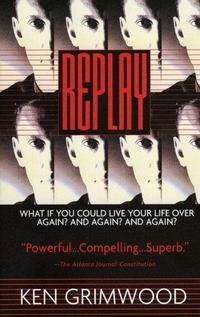