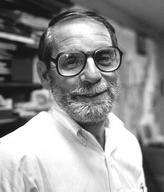 John Angus McPhee (born March 8, 1931) is an American writer. He is considered one of the pioneers of creative nonfiction. He is a four-time finalist for the Pulitzer Prize in the category General Nonfiction, and he won that award on the fourth occasion in 1999 for Annals of the Former World (a collection of five books, including two of his previous Pulitzer finalists). In 2008, he received the George Polk Career Award for his "indelible mark on American journalism during his nearly half-century career". Since 1974, McPhee has been the Ferris Professor of Journalism at Princeton University. Source: Wikipedia (en)