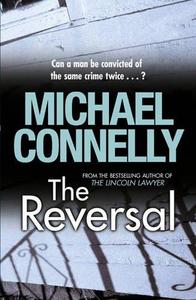 The Reversal is the 22nd novel by American author Michael Connelly and features the third major appearance of Los Angeles criminal defense attorney Michael "Mickey" Haller. Connelly introduced Haller in his bestselling 2005 novel The Lincoln Lawyer and then paired him with LAPD detective Harry Bosch, his half-brother, in 2008's The Brass Verdict. In 2009's 9 Dragons, Haller was a secondary character as Bosch's personal lawyer. The Reversal was published in the United States on October 5, 2010.
Read more or edit on Wikipedia