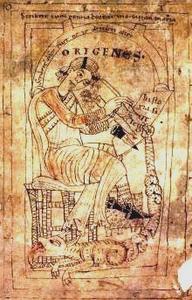 Origen of Alexandria (c. 184 – c. 253), also known as Origen Adamantius, was an early Christian scholar, ascetic, and theologian who was born and spent the first half of his career in Alexandria. He was a prolific writer who wrote roughly 2,000 treatises in multiple branches of theology, including textual criticism, biblical exegesis and hermeneutics, homiletics, and spirituality. He was one of the most influential figures in early Christian theology, apologetics, and asceticism. He has been described as "the greatest genius the early church ever produced".Origen sought martyrdom with his father at a young age but was prevented from turning himself in to the authorities by his mother. When he was eighteen years old, Origen became a catechist at the Catechetical School of Alexandria. He devoted himself to his studies and adopted an ascetic lifestyle as both a vegetarian and teetotaler. He came into conflict with Demetrius, the bishop of Alexandria, in 231 after he was ordained as a presbyter by his friend, the bishop of Caesarea, while on a journey to Athens through Palestine. Demetrius condemned Origen for insubordination and accused him of having castrated himself and of having taught that even Satan would eventually attain salvation, an accusation which Origen vehemently denied. Origen founded the Christian School of Caesarea, where he taught logic, cosmology, natural history, and theology, and became regarded by the churches of Palestine and Arabia as the ultimate authority on all matters of theology. He was tortured for his faith during the Decian persecution in 250 and died three to four years later from his injuries. Origen was able to produce a massive quantity of writings because of the patronage of his close friend Ambrose, who provided him with a team of secretaries to copy his works, making him one of the most prolific writers in all of antiquity. His treatise On the First Principles systematically laid out the principles of Christian theology and became the foundation for later theological writings. He also authored Contra Celsum, the most influential work of early Christian apologetics, in which he defended Christianity against the pagan philosopher Celsus, one of its foremost early critics. Origen produced the Hexapla, the first critical edition of the Hebrew Bible, which contained the original Hebrew text as well as five different Greek translations of it, all written in columns, side-by-side. He wrote hundreds of homilies covering almost the entire Bible, interpreting many passages as allegorical. Origen taught that, before the creation of the material universe, God had created the souls of all the intelligent beings. These souls, at first fully devoted to God, fell away from him and were given physical bodies. Origen was the first to propose the ransom theory of atonement in its fully developed form and, though he was probably a subordinationist, he also significantly contributed to the development of the concept of the Trinity. Origen hoped that all people might eventually attain salvation but was always careful to maintain that this was only speculation. He defended free will and advocated Christian pacifism. Origen is a Church Father and is widely regarded as one of the most important Christian theologians. His teachings were especially influential in the east, with Athanasius of Alexandria and the three Cappadocian Fathers being among his most devoted followers. Argument over the orthodoxy of Origen's teachings spawned the First Origenist Crisis in the late fourth century, in which he was attacked by Epiphanius of Salamis and Jerome but defended by Tyrannius Rufinus and John of Jerusalem. In 543, Emperor Justinian I condemned him as a heretic and ordered all his writings to be burned. The Second Council of Constantinople in 553 may have anathematized Origen, or it may have only condemned certain heretical teachings which claimed to be derived from Origen. His teachings on the pre-existence of souls were rejected by the Church.
Read more or edit on Wikipedia

On the First Principles 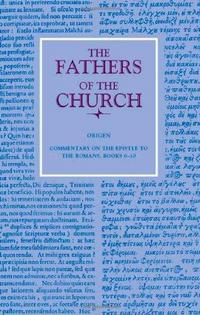 Commentary on the Epistle to the Romans: Books 6-10 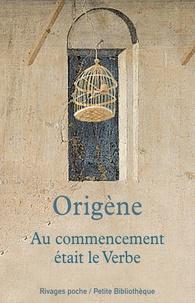 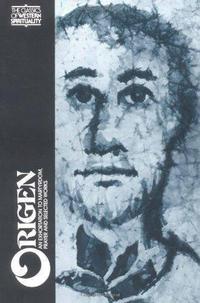