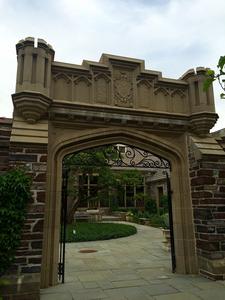 Princeton University Press is an independent publisher with close connections to Princeton University. Its mission is to disseminate scholarship within academia and society at large. The press was founded by Whitney Darrow, with the financial support of Charles Scribner, as a printing press to serve the Princeton community in 1905. Its distinctive building was constructed in 1911 on William Street in Princeton. Its first book was a new 1912 edition of John Witherspoon's Lectures on Moral Philosophy.
Read more or edit on Wikipedia