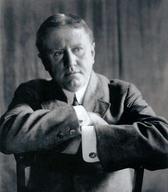 William Sydney Porter (September 11, 1862 – June 5, 1910), better known by his pen name O. Henry, was an American writer known primarily for his short stories, though he also wrote poetry and non-fiction. His works include "The Gift of the Magi", "The Duplicity of Hargraves", and "The Ransom of Red Chief", as well as the novel Cabbages and Kings. Porter's stories are known for their naturalist observations, witty narration and surprise endings. Porter's legacy includes the O. Henry Award, an annual prize awarded to outstanding short stories. Source: Wikipedia (en)