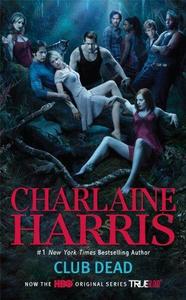 Club Dead is the third book in Charlaine Harris's series The Southern Vampire Mysteries, released in 2003. In Club Dead, Sookie's boyfriend Bill disappears while working on a secret project, and Sookie heads out to Jackson, Mississippi in hopes of retrieving him alive. In this quest, she enlists the aid of a werewolf, Alcide Herveaux, and a vampire Eric. The novel was adapted as the third season of True Blood, the HBO series based on the novels, however with a few notable differences. The season was broadcast from June 13 to September 12, 2010.
Read more or edit on Wikipedia