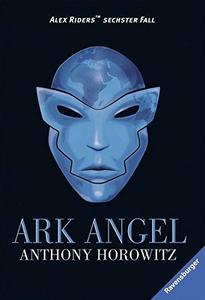 Ark Angel is the sixth book in the Alex Rider series written by British author Anthony Horowitz. The novel is a spy thriller which follows the attempt by the title character, Alex Rider, to foil the plot of a Russian billionaire. The book was released in the United Kingdom on 1 April 2005 and in the United States on 20 April 2006. Initial reviews of the book were positive.
Read more or edit on Wikipedia