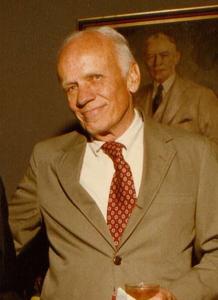 Walker Percy, Obl.S.B. (May 28, 1916 – May 10, 1990) was an American writer whose interests included philosophy and semiotics. Percy is noted for his philosophical novels set in and around New Orleans; his first novel, The Moviegoer, won the U.S. National Book Award for Fiction.Trained as a physician at Columbia University, Percy decided to become a writer instead after a bout of tuberculosis. He devoted his literary life to the exploration of "the dislocation of man in the modern age." His work displays a combination of existential questioning, Southern sensibility, and deep Catholic faith. He had a lifelong friendship with author and historian Shelby Foote and spent much of his life in Covington, Louisiana, where he died of prostate cancer in 1990.
Read more or edit on Wikipedia