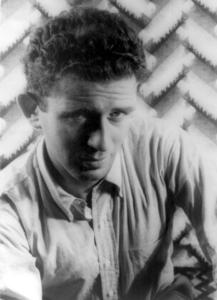 Norman Kingsley Mailer (January 31, 1923 – November 10, 2007) was an American novelist, journalist, essayist, playwright, activist, filmmaker and actor. In a career spanning over six decades, Mailer had 11 best-selling books, at least one in each of the seven decades after World War II—more than any other post-war American writer.His novel The Naked and the Dead was published in 1948 and brought him early and wide renown. His 1968 nonfiction novel Armies of the Night won the Pulitzer Prize for non-fiction as well as the National Book Award. His best-known work is widely considered to be The Executioner's Song, the 1979 winner of the Pulitzer Prize for fiction. Mailer is considered an innovator of "creative non-fiction" or "New Journalism", along with Truman Capote, Joan Didion, Hunter S. Thompson, and Tom Wolfe, a genre which uses the style and devices of literary fiction in fact-based journalism. He was a cultural commentator and critic, expressing his views through his novels, journalism, frequent media appearances, and essays, the most famous and reprinted of which is "The White Negro". In 1955, he and three others founded The Village Voice, an arts- and politics-oriented weekly newspaper distributed in Greenwich Village. In 1960, he was convicted of assault and served a three-year probation after he stabbed his wife Adele Morales with a penknife, nearly killing her. In 1969, he ran an unsuccessful campaign to become the mayor of New York. Mailer was married six times and had nine children.
Read more or edit on Wikipedia