Mahathir bin Mohamad (Jawi: محاضر بن محمد‎, IPA: [maˈhaðɪr bɪn moˈhamad]; born 10 July 1925) is a Malaysian politician who served as the prime minister of Malaysia from 1981 to 2003 and 2018 to 2020. He is a member of the Parliament of Malaysia for the Langkawi constituency in the state of Kedah. Mahathir's political career has spanned more than 70 years starting with his participation in protests against non-Malays gaining Malaysian citizenship during the Malayan Union through to forming his own party, the Malaysian United Indigenous Party (PPBM), in 2016. Born and raised in Alor Setar, Kedah, Mahathir excelled at school and became a physician. He became active in the United Malays National Organisation (UMNO) before entering parliament in 1964. He served one term before losing his seat, subsequently falling out with Prime Minister Tunku Abdul Rahman and being expelled from UMNO. When Abdul Rahman resigned, Mahathir re-entered UMNO and parliament, and was promoted to the Cabinet. By 1977, he had risen to deputy prime minister. In 1981, he was sworn in as prime minister after the resignation of his predecessor, Hussein Onn. During Mahathir's first tenure as prime minister, Malaysia experienced a period of rapid modernization and economic growth, and his government initiated a series of bold infrastructure projects. Mahathir was a dominant political figure, winning five consecutive general elections and fending off a series of rivals for the leadership of UMNO. However, his accumulation of power came at the expense of the independence of the judiciary and the traditional powers and privileges of Malaysia's royalty. He used the controversial Internal Security Act to detain activists, non-mainstream religious figures, and political opponents, including the deputy prime minister whom he fired in 1998, Anwar Ibrahim. Mahathir's record of curbing civil liberties and his antagonism towards western interests and economic policy made his relationships with western nations difficult. As prime minister, he was an advocate of third-world development and a prominent international activist. After leaving office, Mahathir became a strident critic of his hand-picked successor Abdullah Ahmad Badawi and later Najib Razak. In 2016, Mahathir quit UMNO in light of its support for the actions of Prime Minister Najib, in spite of the 1Malaysia Development Berhad scandal. Later that year, the Malaysian United Indigenous Party was officially registered as a political party, with Mahathir as chairman. In 2018, Mahathir was announced as the Pakatan Harapan coalition candidate for prime minister for the 2018 general election, in a plan to pardon Anwar Ibrahim and hand a role to him if the campaign was successful. Following a decisive victory for Pakatan Harapan in the 2018 election, Mahathir was sworn in as prime minister. He was the first prime minister not to represent the Barisan Nasional (BN) coalition (or its predecessor, the Alliance Party) and also the first to serve from two different parties and on non-consecutive terms. At the time of his resignation in 2020, he was the oldest currently-serving state leader.
Read more or edit on Wikipedia 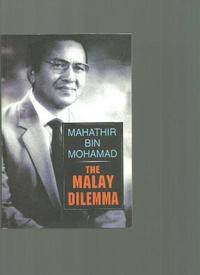