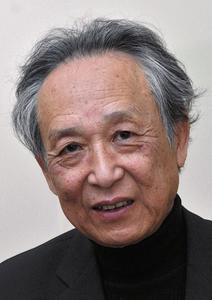 Gao Xingjian (高行健 in Chinese - born January 4, 1940) is a Chinese émigré novelist, playwright, critic, painter, photographer, film director, and translator who in 2000 was awarded the Nobel Prize in Literature "for an oeuvre of universal validity, bitter insights and linguistic ingenuity." He is also a noted translator (particularly of Samuel Beckett and Eugène Ionesco), screenwriter, stage director, and a celebrated painter. Gao's drama is considered to be fundamentally absurdist in nature and avant-garde in his native China. Absolute Signal (1982) was a breakthrough in Chinese experimental theatre. The Bus Stop (1983) and The Other Shore (1986) had their productions halted by the Chinese government, with the acclaimed Wild Man (1985) the last work of his to be publicly performed in China. He left the country in 1987 and his plays from The Other Shore onward increasingly centered on universal (rather than Chinese) concerns, but his 1989 play Exile angered both the government for its depiction of China and the overseas democracy movement for its depiction of intellectuals. In 1998, he was granted French citizenship. Gao's influences include classical Chinese opera, folk culture, and 20th century European drama such as Antonin Artaud, and he said in 1987 that as a writer he could be placed at the meeting point between Western and Eastern cultures. He is a very private person, however, and later claimed, "No matter whether it is in politics or literature, I do not believe in or belong to any party or school, and this includes nationalism and patriotism." His prose works tend to be less celebrated in China but are highly regarded elsewhere in Europe and the West, with Soul Mountain singled out in the Nobel Prize announcement.
Read more or edit on Wikipedia