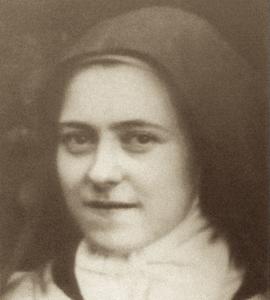 Thérèse of Lisieux (French: sainte Thérèse de Lisieux [te.ʁɛz də li.zjø]), born Marie Françoise-Thérèse Martin (2 January 1873 – 30 September 1897), also known as Saint Therese of the Child Jesus and the Holy Face (Thérèse de l’Enfant Jésus et de la Sainte Face), was a French Catholic Discalced Carmelite nun who is widely venerated in modern times. She is popularly known in English as "The Little Flower of Jesus", or simply "The Little Flower,” and in French as la petite Thérèse (little Thérèse).Therese has been a highly influential model of sanctity for Catholics and for others because of the simplicity and practicality of her approach to the spiritual life. Together with Francis of Assisi, she is one of the most popular saints in the history of the church. Pope Pius X called her "the greatest saint of modern times".Therese felt an early call to religious life and after overcoming various obstacles in 1888, at the early age of 15, she became a nun and joined two of her older sisters in the cloistered Carmelite community of Lisieux, Normandy (yet another sister, Céline, also later joined the order). After nine years as a Carmelite religious, having fulfilled various offices such as sacristan and assistant to the novice mistress, in her last eighteen months in Carmel she fell into a night of faith, in which she is said to have felt Jesus was absent and been tormented by doubts that God existed. Therese died at the age of 24 from tuberculosis. Her feast day in the General Roman Calendar was 3 October from 1927 until it was moved in 1969 to 1 October. Therese is well known throughout the world, with the Basilica of Lisieux being the second most popular place of pilgrimage in France after Lourdes.
Read more or edit on Wikipedia 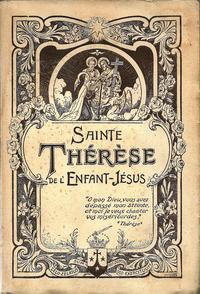 The Story of a Soul

book by Thérèse of Lisieux 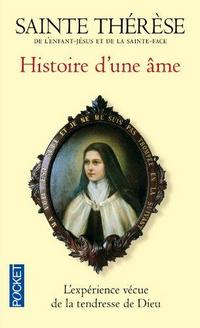 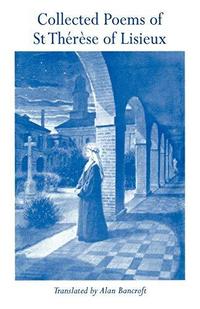 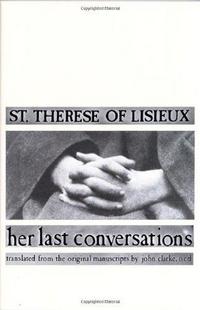