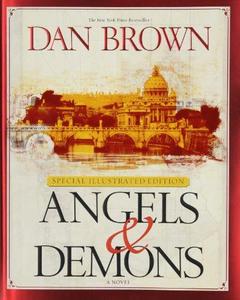 Angels & Demons is a 2000 bestselling mystery-thriller novel written by American author Dan Brown and published by Pocket Books and then by Corgi Books. The novel introduces the character Robert Langdon, who recurs as the protagonist of Brown's subsequent novels. Angels & Demons shares many stylistic literary elements with its sequels, such as conspiracies of secret societies, a single-day time frame, and the Catholic Church. Ancient history, architecture, and symbology are also heavily referenced throughout the book. A film adaptation was released on May 15, 2009.
Read more or edit on Wikipedia