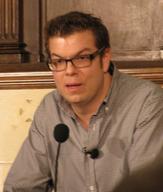 Benjamin S. Lerner (born February 4, 1979) is an American poet, novelist, essayist, and critic. He has been a Fulbright Scholar, a finalist for the Pulitzer Prize for Fiction, a finalist for the National Book Award, a finalist for the National Book Critics Circle Award, a Howard Foundation Fellow, a Guggenheim Fellow, and a MacArthur Fellow, among other honors. In 2011 he won the "Preis der Stadt Münster für internationale Poesie", the first American to receive the honor. Lerner teaches at Brooklyn College, where he was named a Distinguished Professor of English in 2016. Source: Wikipedia (en)