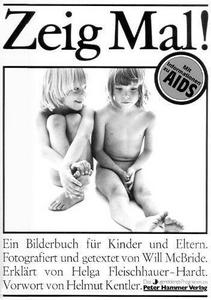 Show Me! is a sex education book by photographer Will McBride. It appeared in 1974 in German under the title Zeig Mal!, written with psychiatrist Helga Fleischhauer-Hardt for children and their parents. It was translated into English a year later and was widely available in bookstores on both sides of the Atlantic for many years, but later became subject to expanded child pornography laws in jurisdictions including the United States. In Germany, the book was followed in 1990 by a second edition that included, among other additions, a discussion of the AIDS epidemic.
Read more or edit on Wikipedia