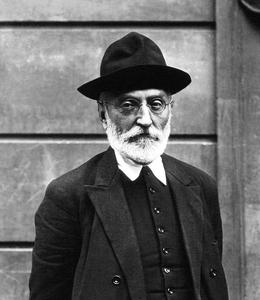 Miguel de Unamuno y Jugo (29 September 1864 – 31 December 1936) was a Spanish essayist, novelist, poet, playwright, philosopher, professor of Greek and Classics, and later rector at the University of Salamanca. His major philosophical essay was The Tragic Sense of Life (1912), and his most famous novel was Abel Sánchez: The History of a Passion (1917), a modern exploration of the Cain and Abel story.
Read more or edit on Wikipedia