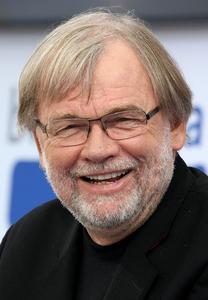 Jostein Gaarder (Norwegian: [ˈjùːstæɪn ˈɡòːɖər]; born 8 August 1952) is a Norwegian intellectual and author of several novels, short stories, and children's books. Gaarder often writes from the perspective of children, exploring their sense of wonder about the world. He often utilizes metafiction in his works and constructs stories within stories. His best known work is the novel Sophie's World: A Novel About the History of Philosophy (1991). It has been translated into 60 languages; there are over 40 million copies in print.
Read more or edit on Wikipedia