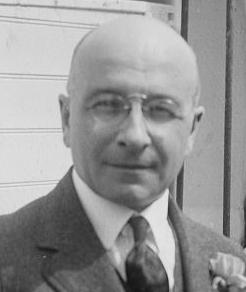 Alexis Carrel (French: [alɛksi kaʁɛl]; 28 June 1873 – 5 November 1944) was a French surgeon and biologist who was awarded the Nobel Prize in Physiology or Medicine in 1912 for pioneering vascular suturing techniques. He invented the first perfusion pump with Charles A. Lindbergh opening the way to organ transplantation. His positive description of a miraculous healing he witnessed during a pilgrimage earned him scorn of some of his colleagues. This prompted him to relocate to the United States, where he lived most of his life. He had a leading role in implementing eugenic policies in Vichy France.A Nobel Prize laureate in 1912, Alexis Carrel was also elected twice, in 1924 and 1927, as an honorary member of the Academy of Sciences of the USSR.
Read more or edit on Wikipedia