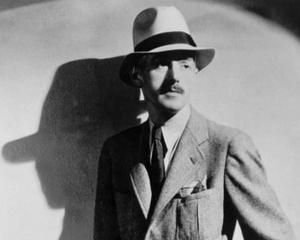 Samuel Dashiell Hammett (; May 27, 1894 – January 10, 1961) was an American author of hard-boiled detective novels and short stories. He was also a screenwriter and political activist. Among the enduring characters he created are Sam Spade (The Maltese Falcon), Nick and Nora Charles (The Thin Man), the Continental Op (Red Harvest and The Dain Curse) and the comic strip character Secret Agent X-9. Hammett "is now widely regarded as one of the finest mystery writers of all time". In his obituary in The New York Times, he was described as "the dean of the ... 'hard-boiled' school of detective fiction." Time included Hammett's 1929 novel Red Harvest on its list of the 100 best English-language novels published between 1923 and 2005. In 1990, the Crime Writers' Association picked three out of five of his novels for their list of The Top 100 Crime Novels of All Time. Five years later, four out of five of his novels made The Top 100 Mystery Novels of All Time as selected by the Mystery Writers of America. His novels and stories also had a significant influence on films, including the genres of private eye/detective fiction, mystery thrillers, and film noir.
Read more or edit on Wikipedia