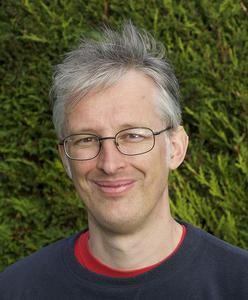 Jonathan Emmett (born 10 December 1965) is a British children’s author and pop-up book designer. He is best known for his picture books including Bringing Down the Moon, Someone Bigger and The Princess and the Pig. His books have won several awards including the Red House Children’s Book Award for Pigs Might Fly and the Sheffield Children’s Book Award for The Pig’s Knickers.Emmett has also written and paper-engineered several pop-up books including, Emergency Rescue and Tyrannosaurus Rocks.
Read more or edit on Wikipedia