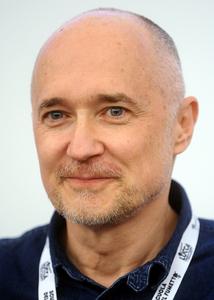 Richard McGuire (born 1957) is an American illustrator, comic book artist, children's book author, and musician. His illustrations have been published in the New York Times, The New Yorker, and Le Monde. His short story Here is among the most lauded comic book stories from recent decades. An updated book-length version of Here was published by Pantheon Books in December 2014.McGuire is a founding member and bassist for the band Liquid Liquid, best known for their song "Cavern", whose bass line has been frequently sampled.
Read more or edit on Wikipedia