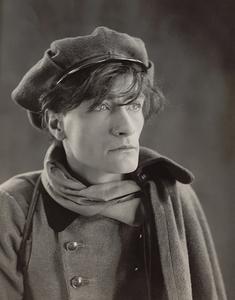 Antoine Marie Joseph Paul Artaud, better known as Antonin Artaud (pronounced [ɑ̃tɔnɛ̃ aʁto]; 4 September 1896 – 4 March 1948), was a French writer, poet, dramatist, visual artist, essayist, actor and theatre director. He is widely recognized as one of the major figures of the European avant-garde. In particular, he had a profound influence on twentieth-century theatre through his conceptualization of the Theatre of Cruelty. Known for his raw, surreal and transgressive work, his texts explored themes from the cosmologies of ancient cultures, philosophy, the occult, mysticism and indigenous Mexican and Balinese practices.
Read more or edit on Wikipedia