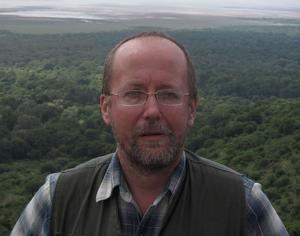 Andrey Vitalievich Korotayev (Russian: Андре́й Вита́льевич Корота́ев; born 17 February 1961) is a Russian anthropologist, economic historian, comparative political scientist, demographer and sociologist, with major contributions to world-systems theory, cross-cultural studies, Near Eastern history, Big History, and mathematical modelling of social and economic macrodynamics.He is currently the Head of the Laboratory for Monitoring of the Risks of Sociopolitical Destabilization at the National Research University Higher School of Economics, and a Senior Research Professor at the Center for Big History and System Forecasting of the Institute of Oriental Studies Институт Востоковедения Российской Академии Наук Институт Востоковедения Российской Академии Наук as well as in the Institute for African Studies of the Russian Academy of Sciences.In addition, he is a Senior Research Professor of the International Laboratory on Political Demography and Social Macrodynamics (PDSM) of the Russian Presidential Academy of National Economy and Public Administration, RANEPA - First International Conference on Political Demography and Social Macro-Dynamics as well as a Full Professor of the Faculty of Global Studies of the Moscow State University.He is co-editor of the journals Social Evolution & History and Journal of Globalization Studies, as well as History & Mathematics yearbook Almanac (together with Leonid Grinin and Arno Tausch). Together with Askar Akayev and George Malinetsky he is a coordinator of the Russian Academy of Sciences Program "System Analysis and Mathematical Modeling of World Dynamics".
Read more or edit on Wikipedia 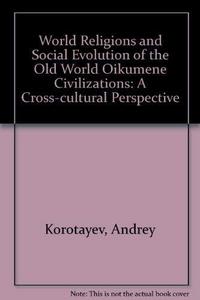 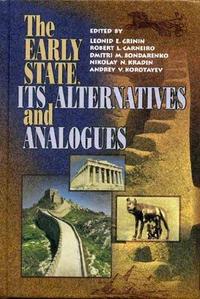 The Early State, Its Alternatives and Analogues 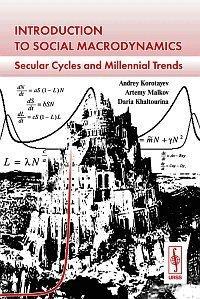 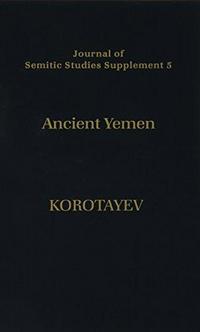 Division of Labor by Gender and Postmarital Residence in Cross-Cultural Perspective: A Reconsideration ( 2003 )

Effects of Specific Alcohol Control Policy Measures on Alcohol-Related Mortality in Russia from 1998 to 2013. ( 2015 )

scientific article published on 11 May 2015

A cross-cultural investigation of the role of foot size in physical attractiveness. ( 2005 )