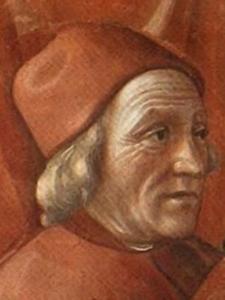 Marsilio Ficino (Italian: [marˈsiːljo fiˈtʃiːno]; Latin name: Marsilius Ficinus; 19 October 1433 – 1 October 1499) was an Italian scholar and Catholic priest who was one of the most influential humanist philosophers of the early Italian Renaissance. He was an astrologer, a reviver of Neoplatonism in touch with the major academics of his day, and the first translator of Plato's complete extant works into Latin. His Florentine Academy, an attempt to revive Plato's Academy, influenced the direction and tenor of the Italian Renaissance and the development of European philosophy.
Read more or edit on Wikipedia