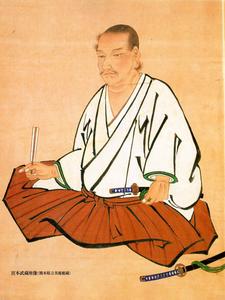 Miyamoto Musashi (宮本 武蔵, 12 March 1584 – 13 June 1645), also known as Shinmen Takezō, Miyamoto Bennosuke or, by his Buddhist name, Niten Dōraku, was a Japanese swordsman, philosopher, strategist, writer and rōnin. Musashi, as he was often simply known, became renowned through stories of his unique double-bladed swordsmanship and undefeated record in his 61 duels (next is 33 by Itō Ittōsai). He is considered a Kensei, a sword-saint of Japan. He was the founder of the Niten Ichi-ryū, or Nito Ichi-ryū, style of swordsmanship, and in his final years authored The Book of Five Rings (五輪の書, Go Rin No Sho) and Dokkōdō (The Path of Aloneness). Both documents were given to Terao Magonojō, the most important of Musashi's students, seven days before Musashi's death. The Book of Five Rings deals primarily with the character of his Niten Ichi-ryū school in a concrete sense, i.e., his own practical martial art and its generic significance; The Path of Aloneness, on the other hand, deals with the ideas that lie behind it, as well as his life's philosophy in a few short aphoristic sentences. The Miyamoto Musashi Budokan training center, located in Ōhara-chō (Mimasaka), Okayama prefecture, Japan was erected to honor his name and legend.
Read more or edit on Wikipedia 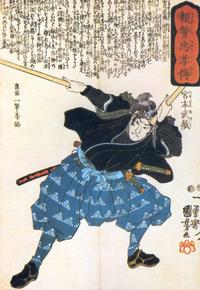 The Book of Five Rings

text on kenjutsu and the martial arts, written by Miyamoto Musashi 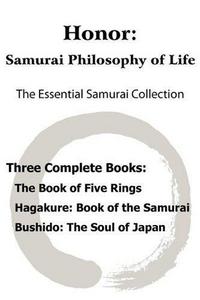