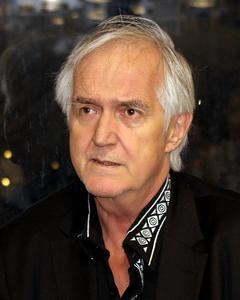 Henning Georg Mankell (Swedish pronunciation: [ˈhɛ̂nːɪŋ ˈmǎŋːkɛl]; 3 February 1948 – 5 October 2015) was a Swedish crime writer, children's author, and dramatist, best known for a series of mystery novels starring his most noted creation, Inspector Kurt Wallander. He also wrote a number of plays and screenplays for television. He was a left-wing social critic and activist. In his books and plays he constantly highlighted social inequality issues and injustices in Sweden and abroad. In 2010, Mankell was on board one of the ships in the Gaza Freedom Flotilla that was boarded by Israeli commandos. He was below deck on the MV Mavi Marmara when nine civilians were killed in international waters. Mankell shared his time between Sweden and countries in Africa, mostly Mozambique where he started a theatre. He made considerable donations to charity organizations, mostly connected to Africa.
Read more or edit on Wikipedia