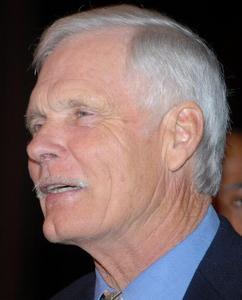 Robert Edward "Ted" Turner III (born November 19, 1938) is an American media proprietor, producer, and philanthropist. As a businessman, he is known as founder of the Cable News Network (CNN), the first 24-hour cable news channel. In addition, he founded WTBS, which pioneered the superstation concept in cable television, which later became TBS. As a philanthropist, he is known for his $1 billion gift to support the United Nations, which created the United Nations Foundation, a public charity to broaden U.S. support for the UN. Turner serves as Chairman of the United Nations Foundation board of directors. Additionally, in 2001, Turner co-founded the Nuclear Threat Initiative with US Senator Sam Nunn (D-GA). NTI is a non-partisan organization dedicated to reducing global reliance on, and preventing the proliferation of nuclear, chemical, and biological weapons. He currently serves as Co-Chairman of the Board of Directors. Turner's media empire began with his father's billboard business, Turner Outdoor Advertising, which he took over in 1963 after his father's suicide. It was worth $1 million. His purchase of an Atlanta UHF station in 1970 began the Turner Broadcasting System. CNN revolutionized news media, covering the Space Shuttle Challenger disaster in 1986 and the Persian Gulf War in 1991. Turner turned the Atlanta Braves baseball team into a nationally popular franchise and launched the charitable Goodwill Games. He helped revive interest in professional wrestling by buying World Championship Wrestling (WCW). Turner's penchant for controversial statements earned him the nicknames "The Mouth of the South" and "Captain Outrageous". Turner has also devoted his assets to environmental causes. He was the largest private landowner in the United States until John C. Malone surpassed him in 2011. He uses much of his land for ranches to re-popularize bison meat (for his Ted's Montana Grill chain), amassing the largest herd in the world. He also created the environmental-themed animated series Captain Planet and the Planeteers.
Read more or edit on Wikipedia