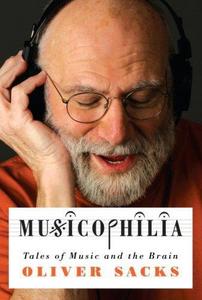 In 2007 neurologist Oliver Sacks released his book Musicophilia: Tales of Music and the Brain in which he explores a range of psychological and physiological ailments and their intriguing connections to music. It is broken down into four parts, each with a distinctive theme; part one titled Haunted by Music examines mysterious onsets of musicality and musicophilia (and musicophobia). Part two A Range of Musicality looks at musical oddities musical synesthesia. Parts three and four are pretty self explanatory, titled Memory, Movement, and Music and Emotions, Identity, and Music respectively. Each part has between six and eight chapters, each of which is in turn dedicated to a particular case study (or several related case studies) that fit the overarching theme of the section. Presenting the book in this fashion makes the reading a little disjointed if one is doing so cover to cover, however, it also means one may pick up the book and flip to any chapter for a quick read without losing any context. Four case studies from the book are featured in the NOVA program Musical Minds aired on June 30, 2009.
Read more or edit on Wikipedia