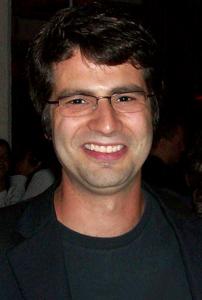 Edison Price Vizzini (April 4, 1981 – December 19, 2013) was an American writer. He was the author of four books for young adults including It's Kind of a Funny Story, which NPR named #56 of the "100 Best-Ever Teen Novels" and which is the basis of the film of the same name. Vizzini had depression, spending time in a psychiatric ward in his early 20s, and authoring several works about the illness. He was found dead in his native Brooklyn, New York after an apparent suicide from a fall, aged 32.
Read more or edit on Wikipedia