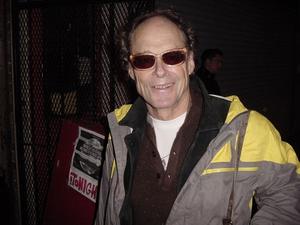 Alexander Claud Cockburn ( KOH-bərn; 6 June 1941 – 21 July 2012) was a Scottish-born Irish-American political journalist and writer. Cockburn was brought up by British parents in Ireland, but lived and worked in the United States from 1972. Together with Jeffrey St. Clair, he edited the political newsletter CounterPunch. Cockburn also wrote the "Beat the Devil" column for The Nation, and another column for The Week in London, syndicated by Creators Syndicate.
Read more or edit on Wikipedia